On the morning of Saturday, April 20th, 2019, my wife Lucy and I made the short drive from our house in Somerset, NJ up the hill to Morristown, where we met up with none other than David H. Ahl, publisher of Creative Computing, Atari Explorer, and Atarian magazines, as well as many other well known magazines and books.

We spent an hour or so at his house listening to his stories of Nolan Bushnell, Paul Allen, etc. 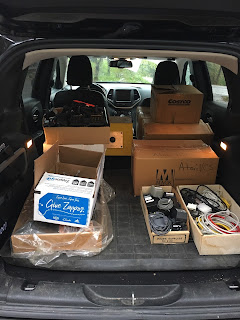 Oh, and also while there, we acquired Dave’s remaining retro-gaming collection: hardware, software, books, magazines, etc. The collection included mostly common Atari hardware (2600s, 5200, 7800, Home PONG) and software (dozens and dozens of cartridges), but it is/was the hardware and software used to write reviews and articles in his various magazines, so it has some street cred and cool history. 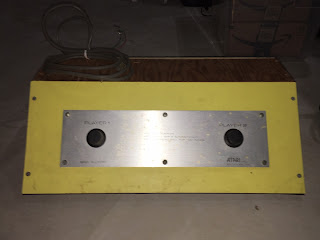 Some hardware highlights include a PONG arcade machine control panel, a Lady Bug arcade cabinet (which I need to go back and pick up), and a Commodore PET computer. 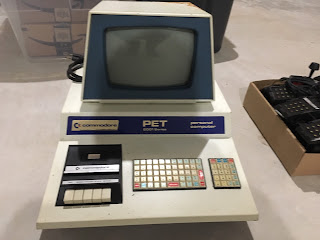 The most interesting part of the collection is a file box full of Dave’s personal papers, with papers dated from the late 1960s to the early 1990s, including information regarding Atari, Commodore, Sega, and more. New Releases, Product Announcements, Legal Files, photographs, slides … just thousands and thousands of pages of printed matter treasure. 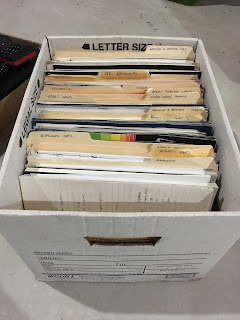 As always, I’ve been scanning as I go along, uploading the files to archive.org, posting to this blog and my Twitter feed. I’d like to keep the collection together, virtually at least. Maybe scan it, organize it, bag it and tag it, then donate most of the printed matter to a museum.

Also included in the collection are some magazines and books. Not as many as I would have liked … I had dreams of multiple copies of BASIC Computer Games and More BASIC Computer Games for multiple platforms and in multiple (spoken) languages. But to be honest, the bankers box of files alone was worth the price of admission, a donation to a charity of Dave’s choice.

How did this acquisition come to pass?

I was chatting with my friend Rob Wanenchak (@AtariSpot on Twitter) about the upcoming Atari Party East. Rob is the guy that took the amazing photos at APE 2017 and APE 2018. I knew that Rob had dealt with Dave before, so I mentioned to Rob that he should invite Dave to APE 2019 in September.

Rob invited Dave via email and copied me. Dave responded that he was open to coming but September was a ways off and he would have to see. He also responded that he was looking to move his remaining retro computer / retro gaming collection. I responded that I would take it all, sight unseen. We worked out a deal that was acceptable to him and I (and most importantly, my wife). As I mentioned, we made a donation to a charity of Dave’s choice and my company matched it. The money is earmarked to go to help building a school in Peru, which just happens to be where my wife is from. Win, win, win, tax write-off!

I'm creating a chronological list of the documentation. Follow the links to the full document which has been scanned and uploaded to archive.org. 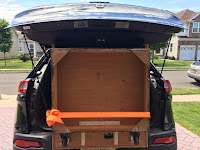 2019-06-15 Update: There's a Lady Bug in the house. I finally got around to picking up the Lady Bug arcade video game cabinet. Slide it in to the back of our Jeep Cherokee Limited 4x4, strapped it down, and drove it home. The monitor is nice and bright. The sides look great. The very bottom has some moisture damage as it has likely been in a garage for the last 30 years. Plays great. 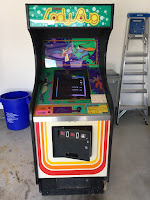